The Official Dance Team for the Glasgow Rocks - Scotland's only Pro-Basketball Team! 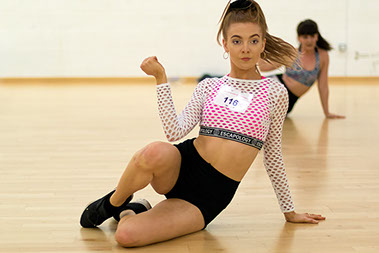 This year I decided to audition for the Scottish Rockettes 2017/18 team. On tryout day I was super nervous as I did not know what to expect. The day was filled with classes and an audition in front of a judging panel at the end.  During the commercial and jazz classes I felt most at ease having had some experience in these styles. The audition was very nerve wracking but I gave it my best shot having only had a short amount of time to practice the routine. It was an amazing day getting the chance to work with different choreographers and I felt like the classes really challenged me.

After an exhausting day, the audition process was not over. I was glad to receive an e-mail saying I had made the final part of the audition. This time instead of dancing in a studio in front of a few judges, I had to perform at the Emirates Arena in front of a massive crowd – the biggest crowd I've ever performed in front of. I was quite nervous to perform for so many people but I was confident with the routine so I managed to stay calm and just enjoy the experience.

After performing, voting opened on the Scottish Rockettes website. The votes counted as 10% of our final score. I encouraged all of my family and friends including on social media to vote for me. A video was posted on Facebook to announce the 2017/18 team. Waiting for the video felt like the longest wait ever. I felt anxious to watch it but tried to remain positive as I watched in anticipation. Then I saw my name and was overjoyed! I couldn't quite believe I had made the team and couldn't wait to become a part of the Scottish Rockettes! 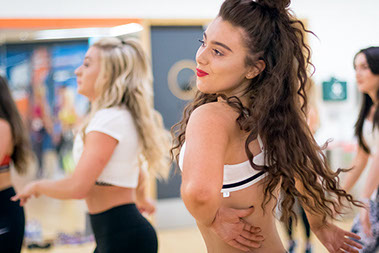 Tryouts 2017 were very different from my first year auditioning. Due to circumstances my first audition was more intimate, but this year it was on a much larger scale.

Our tryouts began in October this year starting with a day full of different dance classes in varying styles. This was a great day of having fun and doing what we love and also getting to see some possible rookies for the team! Everyone did such a great job on the day and really pushed themselves to deliver in all 3 classes!

Performing in front of the judges can be nerve wracking especially when we had some big names on our panel! But they made us all feel super supported and comfortable to really dance like no one was watching!

The second part of the audition process was performing at half time on game day. For me this was my favourite part as I love dancing on court and being part of gameday! For us Vets it was a busy day of getting in and out of uniforms and costumes, dancing at the sidelines and on-court supporting our team and then dancing for halftime to keep our place on the squad for the next year!

This keeps us all on our toes and makes us work harder every day. Always pushing ourselves to be the best we can be!

I'm so glad I am back on the squad for 2017/18 and I know this year is going to be even better than last year! 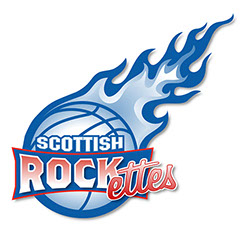